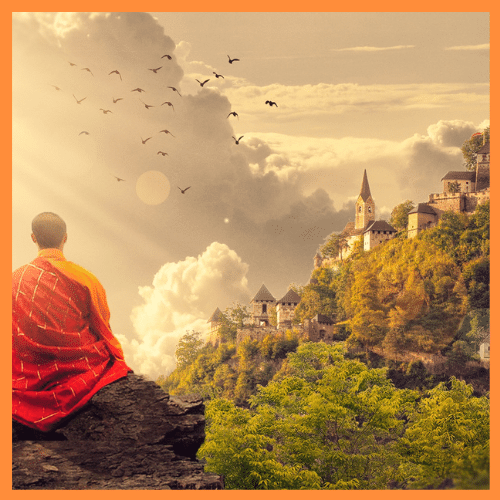 Buddhism is the practice of Buddha’s teachings, also called ‘Dharma’, which means ‘protection’. By practising Buddha’s teachings, living beings are permanently protected from suffering. The founder of Buddhism is Buddha Shakyamuni, who showed the manner of accomplishing the ultimate goal of living beings, the attainment of enlightenment, at Bodh Gaya in India in bc 589. At the request of the gods Indra and Brahma, Buddha then began to expound his profound teachings, or ‘turned the Wheel of Dharma’. Buddha gave eighty four thousand teachings, and from these precious teachings Buddhism developed in this world.